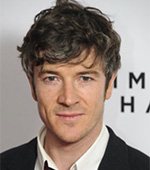 Born in Dublin, Barry Ward began his career at age 14 with BBC drama, Family. By the age of 16 he had completed a BBC six-part series Plotlands. In his first feature, he played against Cillian Murphy. Besides his television and movie roles, he acted in many theatre productions. In 2014, he has recieved rave reviews from critics and audiences for his role in Ken Loach film Jimmy’s Hall which competed for Palme d’Or in Cannes Film Festival. With his role in the 5 episode mini-series Rebellion he was nominated for Best Actor in a Lead Role in Drama award in Irish Film and Television Awards in 2016. His last film Maze, directed by Stephen Burke, is completed in 2017.